Saturday, 10 am-5 pm in Roshek Building Lobby (Enter on 7th Street, across from US Bank.)

Our newest addition to DubuqueFest! Shop our book fair comprised of 15 local and regional authors. Meet the authors, pick up some new books, get them signed, and learn about the writing life. The book fair will feature children’s books, photography, fiction, non-fiction, memoir, poetry, humor, comic books, and more! This event is hosted by River Lights Bookstore for DubuqueFest. Check out some of the participating authors below. 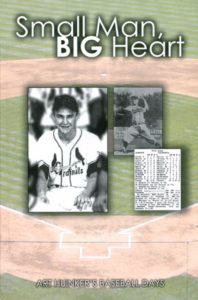 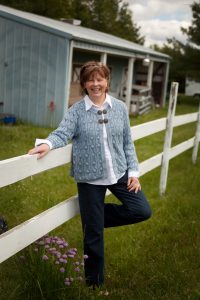 Jody Vorbrich lives with her husband in Clive, Iowa. She belongs to a writing group in Des Moines and has attended the Writers Workshop Festival in Iowa City for the past five summers. “Murder in Central Standard Time” is her first novel which evolved from her love of reading and solving mysteries, and from her love of living in Iowa. 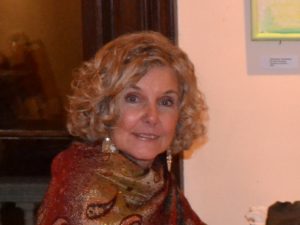 “Cotton Rock” is a ‘memoir’ of woven stories set in the Ozarks on the White River. The lives of those along the river intertwine, as the river carves the land and the land shapes the river. The stories changed in the weaving, but the love and the loss, the hope and the heartache, the glory and the shame are all flesh-and-blood true. 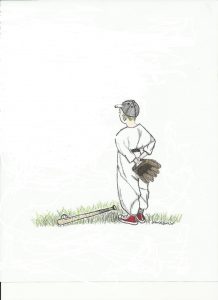 The title aptly describes the book’s contents, it captures in an entertaining way the memories and stories of many people associated with the game throughout the years. From the early 1900s, small town baseball has been a fixture in eastern Iowa, and remains so today.  Greg Gumbel, CBS Television Sports Commentator, endorsed the book with the comment:  “Bob Meyer…conveys thoughts, remembrances, stories and experiences that any true baseball fan will love.” 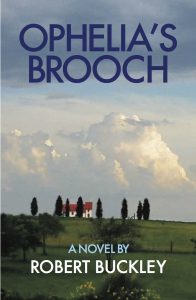 Robert Buckley was born and raised in New York. A graduate of Iowa State University with majors in Psychology and American Literature, he spent his career in the advertising agency business and lived and managed an office in Dubuque for five years. Buckley now lives in Marion, IA. 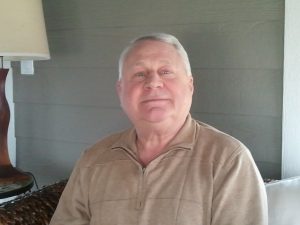 “Vision For The Near Sighted”

“Vision For The Near Sighted” is filled with thought provoking subjects mixed with light-hearted poems which add a spice of variety.  It is intended to help people see beyond what is directly in front of them and to add depth of meaning to their lives. Joe Sigwarth lives on his farm, which is a Century Farm, located in Dubuque County, Iowa.  This farm is home to the fourth generation of Sigwarths.  He resides there with Isabel, his wife of 40 years.  Their family consists of five children and sixteen grandchildren. 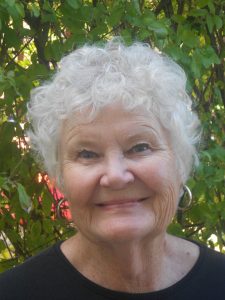 “Sitting on a Zinnia and other Sweet Dreams”

“Sitting on a Zinnia” is a picture book for children ages 1 to 8 which tickles the child’s imagination making bedtime an uproarious adventure. This is Ellie Alldredge-Bell’s first book; teaching for 33 years has given her first hand experience with what children love. When Ellie is not writing she spends time paddling, golfing, reading and enjoying her family and friends.

Journey back to the summer of 1941 when the Iowa artist, Grant Wood, spent his days at this resort community in north central Iowa.  Wood finished his final two oil paintings and one of his lithographs during the summer.  This was to be the final summer of Wood’s life as he died of cancer the following February. (Grant Wood’s Clear Lake Summer) 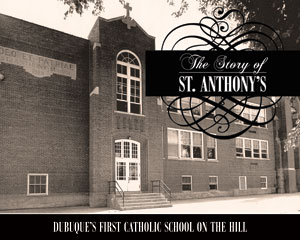 “The Story of St. Anthony’s – Dubuque’s First Catholic School on the Hill”

“The Story of St. Anthony’s” tells the rich history of St. Anthony School.  In 1872, a one-room schoolhouse was built in the small village of West Dubuque on the hilltop overlooking the city of Dubuque.  During the next 140 years it would have four different buildings as well as three orders of Sisters teaching there.  This 78-page book describes the school and parish history as well as how early Catholic eduction began in Dubuque and a short synopsis of each of Dubuque’s eleven Catholic grade schools.  In addition, a lengthy section including many photos, covers memories of what it meant to grow up as a Catholic school child from the 1940s to the 1970s. 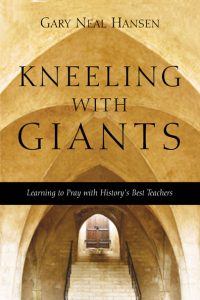 Featured in Christianity Today and The Lutheran magazines, and honored as 2012’s “Best Book on Spirituality” by Hearts and Minds Books, “Kneeling with Giants” introduces ten ways Christians have practiced prayer across the centuries — a way to pray for every personality and circumstance. Teachers of prayer in the book include St Benedict, St Ignatius of Loyola, and St Teresa of Avila, as well as Protestant reformers Martin Luther and John Calvin.  If you find prayer a challenge, or if you are ready to take your spiritual life more seriously than you ever have before, here you will find wise guides and well-tested paths. 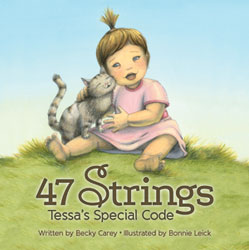 Writer and mom Becky Carey exposes her life raising her daughter Tessa, who has Down syndrome, on her blog, Trisomy Twenty ONEderful (visit at www.deartessa.com). An advocate for her daughter and others with “47 strings,” Becky strives to change the outdated stereotypes of Down syndrome. This book has become more than a tool for educating children on how to accept difference. It has become a launching pad for families to move forward together after a diagnosis presents itself. Becky, her husband Dan, and their children reside in southwest Wisconsin.

A veteran of the Afghanistan and Iraq wars and a native of Dyersville, Iowa, Jacob Lawrence Krapfl has written a moving account of one soldier’s experience dealing with the personal after-effects of war. It is Baghdad 2005, and Sergeant Joe Busch is holding it together for his men. He has lost many, felt painfully the wounds of combat that have felled good soldiers. During a brutal street fight, Joe is struck down by an enemy’s bullet and wakes up to discover that he is paralyzed. He also discovers that his girlfriend is pregnant, leaving him overwhelmed by helplessness and despair. In “Shadows of War,” written with unparalleled compassion by Army veteran Jacob Lawrence Krapfl, readers find a poignant, brutally honest novel that deals with the horrors of war. 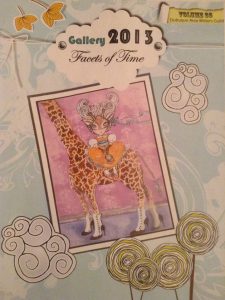 Dubuque Area Writers Guild presents their 35th annual anthology. Featuring the work of artists, poets, and writers throughout the region. Exploring the theme “facets of time,” this collective book project is a celebrated tradition during DubuqueFest.