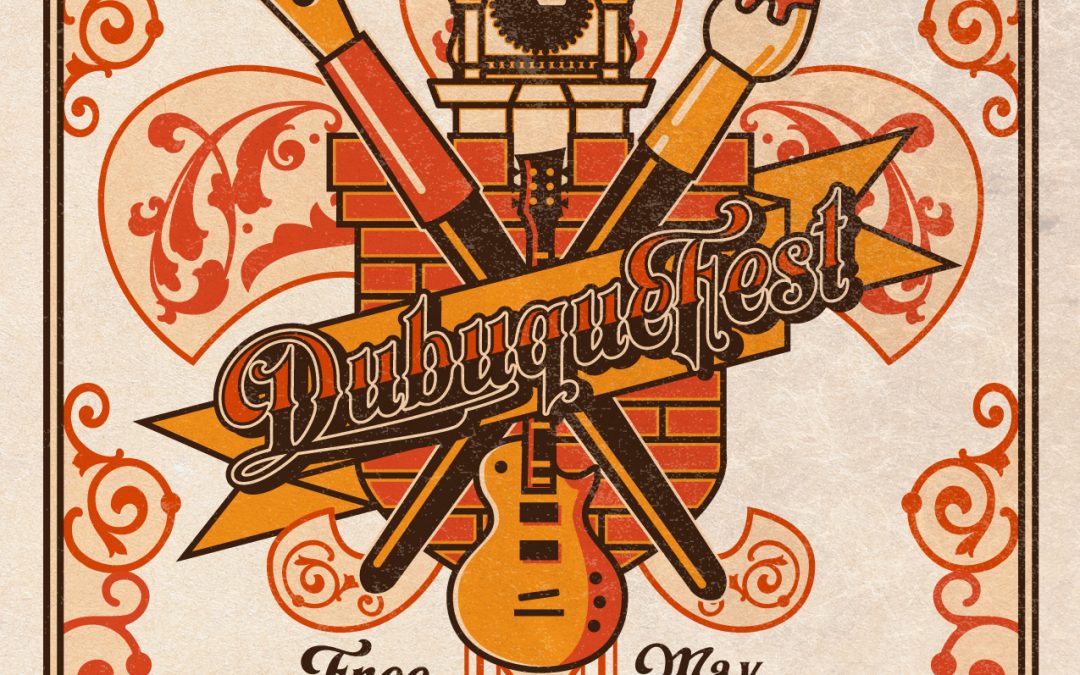 Do you love the annual DubuqueFest posters as much as we do? The stunning artwork for this year’s official poster, and the coordinating DubuqueFest brochure cover art were designed by local graphic designer, tattoo artist, clothing designer, and visual artist Rich Rossignol.

Rich, who works as the creative director of JMJ Screen Printing in Dubuque, has served as the DubuqueFest designer for six years. He has also volunteered as the designer for four Writers Guild book projects, and in 2008 and 2009 co-directed Voices From The Warehouse with current DubuqueFest directors Aaron Hefel and Paula Neuhaus.

DubuqueFest Art Fair director Paula Neuhaus states with enthusiasm, “I cannot gush enough about Rich’s vision,  attention to detail, and the evolution of his design style. He has taken the Fleur De Lis symbol to a whole new level of cool and branded our festival with it.”

Look for the classic “I FDL DBQ” tees and the new poster art tee for sale during the fest. All proceeds support DubuqueFest’s free programming.